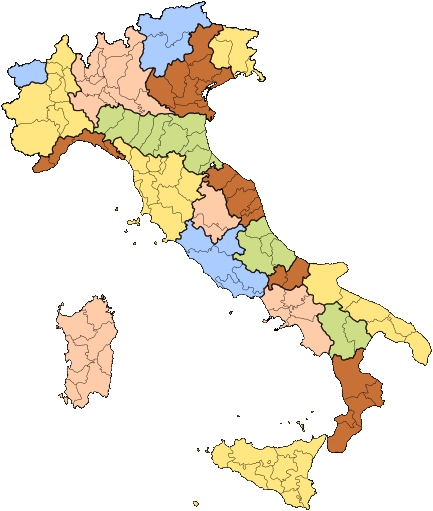 The beginning of summer sales - there is a date and it is the same for all of Italy!

The start of summer sales - SALDI ESTIVI - in Italy this summer is postponed for a month, and for the first time in history, the start date of summer sales will be the same for all of Italy: August 1, 2020. Three months of lockdown and forced closure of stores transferred most of the purchases to the Internet, increasing online sales, according to the latest Nielsen survey, by 80 percent.

Therefore, it is not surprising that a few days after stores were open, the official decision was to postpone the summer discount season in order to allow stores to make up for lost profits.

The decision was made at the Conference of the Regions under the chairmanship of Stefano Bonaccini (Governor of the region Emilia Romagna), who, in order to protect the interests of companies and traders, supported the request of the Italian Fashion Federation -Confcommercio, establishing a delayed sale season, which always started in the first week of July.

Not everyone agrees with this decision: some store owners would prefer that, taking into account the situation, the discount season should not be delayed, but, on the contrary, started earlier and extended. It is worth noting that in practice, “free sale” always lasted throughout the summer.

Two regions, Lazio and Sicily, claimed permission to immediately start discounts, but they were refused this, because in this case other regions could immediately follow their example, actually contradicting the decision of the Conference of the Regions.

In addition, the uneven introduction of discounts in the regions could cause other problems - first of all, the likelihood that consumers attracted by high discounts will tend to regions where sales are expected. And such migrations, as you know, although they are already allowed, are strongly not recommended in the current "post-Covid" situation.

At the moment, therefore, the situation is as follows: 2020 summer sales will begin on August 1, and are likely to end in October. In addition, there are rumors that winter sales will also be delayed until February (usually they begin in January).

The Republic of Italy is based on labor

Italian proverb "Chi non lavora non fa l'amore" - "Who does not work, does not make love" (© A. Celentano) reflects this principle. The postulate on labor is proclaimed in Article 1 of the Constitution of the Italian Republic (here the original text)

To the fact that constitutional articles on protection of workers, protecting their families' health, raising children, social security of pensioners and other democratic norms are successfully implemented in Italy. In particular, the struggle against monopolists and adventurers in trade is well organized. In 1998, the Government of Italy adopted the Law, regulating pricing and the season of discounts. According to this Law, in different regions of Italy the duration of winter and summer sales are strictly limited, and their period is determined by local authorities.

- What does this law give to manufacturers?
- Steady demand and the realization of the products.

- What does this law give to sellers?
- Quiet trading during the year and a guaranteed sale of surpluses at the end of the season.

- What does it give to customers?
- Allows you to save!

IN ITALY, THERE ARE TWO SEASONS OF DISCOUNTS: